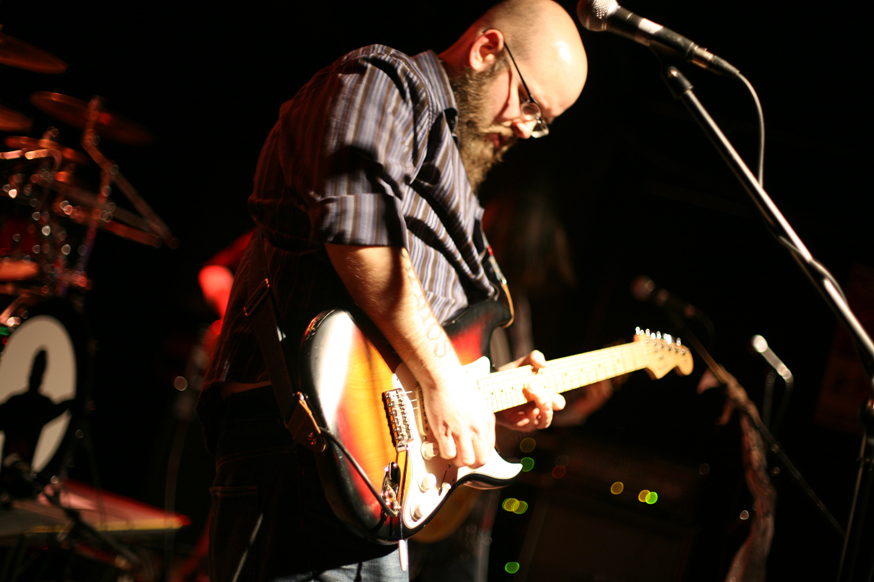 James M. Biehn got his first taste of music when he began playing the trumpet at the age of 10. He picked up a guitar shortly after and by the age of 13 was a featured soloist in the school jazz band. He continued playing guitar at Norwalk High School in Norwalk, Iowa where he won multiple soloist awards and helped the band win first place in the state competition two years in a row. Continuing his musical studies at Southwestern Community College in Creston, IA, under the direction of Grammy-nominated department head Phil Mattson, James became proficient in music theory, jazz keyboard, and big band/vocal arranging. Throughout his high school and college years, James balanced his schoolwork with the rigors of recording and performing with his first band, the McKenzies. The band released two albums, “A Collective Sigh of Relief” and “Cold in September,” which collectively sold more than 2,000 copies. James has continued to play live as a solo performer as well as with bands such as the Nadas, the Jeff Banks Band, Hyde Park, and Soapbox Prophets. He is a first-call studio musician in Iowa and has contributed to albums by the Nadas, Bonne Finken, the Josh Davis Band as well as various commercial works. He has opened for countless national touring bands such as Blues Traveler, Sonny Landreth, Gov’t Mule, Big Head Todd and the Monsters, King’s X, and many more. In 2005, James was the winner of Lazer 103.3’s “Guitar Battle,” which earned him the opportunity to play onstage with the band Tesla. For two years running he was the regional winner in Guitar Center’s King of the Blues guitar competition. In addition to his musician experience, James owns and operates Central Iowa Music Lab, a music lesson studio in Des Moines, Iowa. He currently oversees 9 other instructors as well as almost 200 students. CIML teaches private lessons as well as Rock Band classes, getting students to work together as a team and learn the importance of making the whole thing sound good, not just individuals.