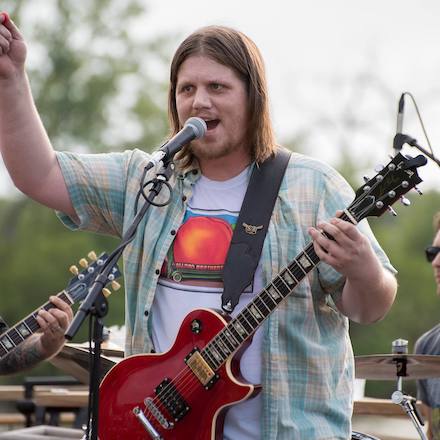 Dustin Farrow was introduced to music at a very early age, getting his first guitar at age 10 and then began playing saxophone in the fifth grade. At age 11, he began taking guitar lessons from CIML owner James Biehn, focusing on Blues, Jazz, and Classic Rock. Dustin began playing in bands all through middle school and high school, recording music at 14 when his band Deimos made their first demo. At 16 he and Deimos with their first six song EP, and at 17 he and Deimos cut their first full-length album. After graduating high school, he attended both The Conservatory of Recording Arts and Sciences (Phoenix, AZ) and served as an intern at Darkhorse Studios (Nashville, TN,) learning the ins and outs of both live sound and studio recording. In 2009 Dustin returned home to work as a stagehand, and was with the local union for six years. He worked at Wells Fargo, Civic Center, and many other venues throughout Iowa. He would help install sound systems for concerts, plays, political events, and festivals. Since 2015 he has been working with local sound companies and local bands anytime he is needed.