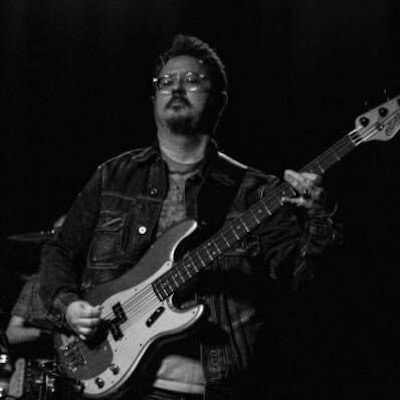 Chris started his musical learning on the piano when he was about 10 years old. He played the trombone and baritone in the school band, but it was through a local piano teacher that he found his musical passion-on the bass! Chris is a graduate of Southeast Polk High School and William Penn University. He has been teaching upright and electric bass in the area since 2008 and a member of The James Biehn Band since 2017. He has played with several bands and musical groups of varying styles. Some of these include the Denny Whaling and Black Diamond Big Bands and The Black Bird Circus. He has accompanied the flute ensemble, Zauberflute, played in the pit band for several musicals, and serves on multiple church worship teams. Chris has expertise in many different musical styles and enjoys teaching them all.

Chris is known in the local music community for his wizardry and custom solutions in electronics. He builds and modifies various music electronics to create the exact sound or effect he (or a friend/customer) seeks! Let him help you find your sound and start lessons today!